The celery and testosterone connection is a strange one. At first glance, this seemingly innocuous vegetable has nothing to offer when it comes to boosting testosterone, but after digging a little beneath the surface, you may be surprised to learn that celery could, in fact, be one of the most closely guarded secrets for boosting testosterone naturally.

What Makes Celery So Special?

Looking at celery nutrition wise, there is nothing spectacular about it either. It contains a decent amount of vitamin A and folate, and is rich in vitamin K. Vitamin K is best known for its role on bone mineralization and blood clotting, but surprisingly this vitamin may also play a role in testosterone synthesis.

In general, it was thought that vitamin K had no effect on testosterone, but two studies may disprove this. For instance, in one study it was found that ensuring vitamin K deficiencies do not occur lends itself to preventing testosterone suppression since vitamin K helps regulate a key liver enzyme involved in the testosterone synthesis pathway.

In the second study, rats were administered vitamin K2 over the course of five weeks, at the conclusion of which it was found that testosterone levels increased significantly compared to a control group not given any vitamin K.

How will these effects translate over to humans? At this point, it’s anyone’s guess, as both of these studies were done on rodents. Thus, we can’t be certain that this is the same effect of vitamin K in humans without actually performing an investigation.

But you would be sadly mistaken if you believed this is all celery brought to the table. There is more to this wonderful herb then sprucing up your favorite meal!

It May Boost The Production of Luteinizing Hormone

Testosterone production doesn’t just happen perchance. Rather, it depends on a complicated feedback loop, with signaling to and from the brain and testes. This is why it is difficult to have higher than normal testosterone levels, as the feedback loop shuts down production when it notices a high blood level of this hormone.

So how is it that celery triggers the release of more luteinizing hormone? By acting as a pheromone. A pheromone is a compound that has a structure closely related to our natural sex hormones, but which triggers its effect via a concentration gradient. Celery contains two such pheromones, namely androstenone, and androstenol.

It is believed after chewing celery stalks, these pheromones then trigger olfactory nerves and androgen receptors located within the nasal cavity to increase gonadotropin-releasing hormone (GnRH), which subsequently initiates luteinizing hormone production and then signal to the testes to increase testosterone output.

While celery seems to have promising potential thus far, the real problem we are faced with is the fact that many of these key points are just hypothetical or believed to have potential in humans, which isn’t enough to prove anything. Sure, consumption probably won’t hurt, but then again you may not even see any of the benefits mentioned so far. So is there anything proven that we can rely on?

That salvation probably comes in the form of its aromatase inhibiting potential. It’s not the strongest one out there by a stretch, but it does effectively and reliably suppress the enzyme responsible for converting our precious testosterone into estrogens.

A compound found in celery that goes by the name of Luteolin is responsible for this effect, which inhibits aromatase via a rare mechanism. For instance, while most aromatase inhibitors bind to the enzyme and inactivate it, Luteolin can suppress the production of this enzyme in fat cells, effectively nipping it at the bud. This novel mechanism may actually prove beneficial and in some ways superior to many available aromatase inhibitors, as it can reduce the dose needed at any one time.

A final note on its aromatase inhibiting properties; if you do not purchase and consume organic celery, you might as well negate the effects of aromatase inhibition altogether. Why is this? Because of the presence of pesticides, many of which are xenoestrogens and endocrine disruptors. This means a greater degree of testosterone suppression than aromatase inhibition. Always opt for organic produce when possible.

It Is A Good Aphrodisiac

Apart from its promising testosterone boosting properties, it is also a good aphrodisiac. Celery is a rich source of dietary nitrates, which lend itself favorably to increase nitric oxide levels in the blood. Nitric oxide helps improve blood vessel dilation and subsequently circulation, meaning that erection quality is likely to improve.

You can also chalk up its aphrodisiac properties to the pheromones above, which are said to impact arousal of the opposite sex when smelt. So, consuming more celery will likely cause your sweat and secretions to have a more sexually charged smell to members of the opposite sex. And if you’re wondering how this contributes to testosterone, it is a proven fact that regular sexual activity is a great way to increase testosterone levels.

As it stands right now, there is solid proof supporting celery’s use as an aromatase inhibitor given that you consume high-quality organic produce. Aromatase inhibition is one way to increase testosterone levels, as less will be converted into estrogen. This is a favorable outcome for men, as we don’t need a high circulating level of estrogens anyway, but just a little to support bone and heart health, and some minor other functions.

As far as other benefits, while they are likely to hold true, it would be irresponsible of me to say it definitely works, when studies haven’t even been completed on human subjects as yet. My advice to you is to get plenty of celery in your diet; it won’t hurt and is at least guaranteed to help a bit. 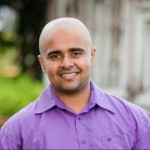