D-aspartic acid is a non-essential amino acid. It is an isomer of L-aspartic acid, which is one of the 23 amino acids that synthesize proteins in our body.

Amino acids are molecules that perform various functions in the body. They are the building blocks of protein and certain neurotransmitters and hormones.

Each amino acid can occur in two forms. Aspartic acid can be found as D-aspartic acid or L-aspartic acid. These two forms have the same chemical formula, but the molecular structure is a mirror image of each other.

L-aspartic acid is produced both in nature and by our bodies, it is used to build proteins. On the other hand, its isomer, DAA aid in making and releasing hormones.

D-aspartic can increase the release of hormones in the brain that can, in turn, lead to testosterone production. It is believed to help both production and release of testosterone, and for this reason, it is popular as a testosterone boosting supplement. 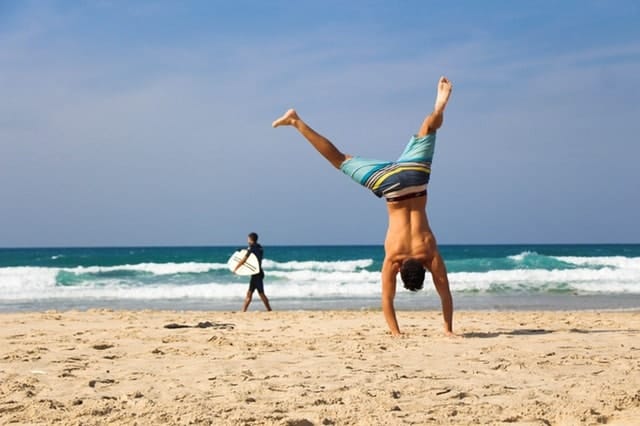 Research on effectiveness of D-aspartic acid as a testosterone booster

Several studies have been conducted to understand the efficacy of D-aspartic acid on testosterone levels in both animals and humans. Lets us check out what some of these studies found out.

·       In rats and humans, sodium D-aspartate induces an increase of Luteinizing Hormone and testosterone release

In this study, 20 resistance trained men ages 18-29 resistance trained four times a week and ingested either 3gm of placebo or D-aspartic acid for 28 days. At the end of the study period, scientists noted that in the placebo group there was:

The study involved 24 men with a minimum of two years’ experience in resistance training. The participants were divided into three groups, one group received 3gm d aspartic acid, the second received 6 gm aspartic acid, and the third was given a placebo. They trained four days a week and consumed the supplement each morning. The study revealed:

D-Aspartate, a Key Element for the Improvement of Sperm Quality

Study: A supplement containing 80% D-Aspartic acid (1.6g) and 20% L-Aspartic acid (0.4g) was given to men between the ages of 25-40. The men were to take this supplement, daily, in half a glass of water or juice, after lunch for 20 consecutive days. Measurements were then taken on testosterone and luteinizing hormone levels, both of which are crucial to reproduction.

Results: The experiment found increases in testosterone and luteinizing hormone levels in 8 out of the 10 men. In addition, the number of motile sperms in these individuals increased by 51%

Conclusion: D-aspartic acid and L-aspartic acid can effectively increase the levels of testosterone when taken for 20 days at a dose of 2g/day.

Aspartic acid induces the release of testosterone and luteinizing hormones.

Study: A treatment study was conducted on 23 men enrolled in an infertility program. These men were given 3.2g of D-Aspartate for 12 days, and blood samples were collected for hormonal testing between treatments, as well as after. This experiment was simultaneously conducted on rats.

Conclusion: A 12-day D-Aspartate treatment led to a significant increase in testosterone levels.

Study: D-Aspartic Acid has been found to be effective amongst birds. A study conducted by the University of Naples reported findings on the role of this amino acid in testosterone production amongst mallard birds.

Conclusion: D-Aspartic acid has a positive role in initiation and production of testosterone amongst mallard birds.

Study: A study was conducted by Lamanna and co on wild pigs, a mammal with a high number of testosterone producing cells, otherwise known as Leydig cells. Using the highly sophisticated immunohistochemistry technique, the level of natural D-Aspartic acid and testosterone in these cells were quantified. This was done by culturing the cells in the laboratory.

Result: High levels of testosterone were found in tissues where there was an abundant level of D-Aspartic acid.

A molecular study on rats and the effects of D-Aspartate on their testosterone levels.

Study: Nagata and co administered rats with D-Aspartate to study its molecular targets. In particular, the genes/proteins that were up-regulated.

Results: This was the first report to show a molecular target that eventually led to an increase in testosterone levels. A protein called “StAR” is activated by D-Aspartic acid, leading to increased secretions of testosterone from Leydig cells (testosterone producing cells).

Conclusion: D-Aspartic acid induces the release of testosterone by activating the StAR protein.

Conclusion: An increase in testosterone levels was found amongst rats when their Leydig cells were cultured in the presence of D-Aspartic acid.

Results: The authors found that D-Aspartate accumulated in testes and induced the production of testosterone by approximately 4 times higher than the normal base levels.

D-aspartic acid induces the production of steroids in frog brain.

Study: In two separate studies, Maria D Foire’s group has proven that enzymatic targets triggered by D-Aspartic acid led to the production and regulation of estradiol (steroid) in frog brains. The frogs were administered with D-Aspartic acid before and after the reproductive phase and levels of proteins like P450 aromatase and estradiol (which were essential for fertility) were estimated.

D-aspartic acid supplementation can cause a variety of side effects, which may include:

You should avoid using it if you are:

How Much D-Apartic Acid to Take

D-aspartic acid is certainly effective but how much should you take to make sure that it does the job while still keeping you safe? For the answer, I turned to many of the current scientific studies that exist and I thought might help.

In one study I looked at, 1.6g of it was administered daily to men between the ages of 25 to 40 for 20 consecutive days. Testosterone levels and luteinizing hormones increased in eight out of ten of those men. In addition, the sperm count of those men increased on average by 51%, showing a significant increase.

In another study, as much as 3.2g of it was given to 23 men who were enrolled in an infertility program for 12 days straight. 20 out of the 23 men saw a significant increase in free testosterone levels.

Based on these two studies plus others I have read, anything under 3g of DAA taken daily will be safe. For it to be effective you will want to make sure the dosage exceeds about 1.5g per day. So dosing with between 1.5g – 3g of DAA daily should be safe and effective in boosting testosterone levels.

There really is no best time to take d-aspartic acid. A common method is to dose throughout the day, so for example you might dose 4 times throughout the day with food so as to keep a consistent rate of acid in your body. Just make sure the combined dosage of those four servings does not exceed three grams.

In the first study I referenced about where 1.6g of it was administered daily, the full dosage was just taken once a day after lunch. This shows that one dosage will probably be just as effective, it will certainly be more convenient so it’s really up to your personal preference. One thing that you should definitely do is always take d-aspartic with food and never on an empty stomach. Apart from that, it doesn’t really matter what time of the day it is. If in doubt, go with lunch.

How to Take D Aspartic Acid – Powder or Capsule?

It is usually consumed either in powder form or as a capsule, either will work just fine. The powder form can be mixed with water or juice so you can mask the taste (which isn’t great) and have it with your drink alongside your lunch. But the capsule works great as well. Often people will take testosterone boosters, which mix together DAA with other natural ingredients, these usually come in the form of a capsule and can be quite convenient. I would just take whatever works best with you, I like the capsules as they are quick and easy to take.

D-aspartic acid does seem to boost testosterone levels. It is particularly good for people battling infertility due to low sperm count and motility. However, research also shows that it does not work on resistance trained men. If you are into intense workouts and looking to boost your testosterone, stamina or muscle mass, this may not be the best thing for you.

Based on the lack of side effects and its overall effectiveness, d-aspartic acid is actually the no.1 ingredient that I look for in a testosterone supplement.

Why put your trust in EvenaMed? We tirelessly research our articles to help you make smarter health decisions. Our team of experts uses the products that are recommended across this site with the goal of providing accurate and helpful reviews. Our focus will always be on you -- we’re dedicated to turning your health aspirations into reality. Read more about our team.