Update: This product is no longer being manufactured and sold. See our list of the best testosterone boosters on the market right here instead.

Elite Test 360 is an all-natural testosterone boosting supplement that had grown to significant levels of popularity, owing to an aggressive marketing campaign. However, one thing that I have found time and time again is the fact that aggressive marketing is not always linked to a very effective product, which made me decide to research this supplement.

Will Elite Test 360 stand up to scrutiny when put against the scientific proof test? Or will it fall to the wayside like so many other supplements that claim the heavens but just give you dirt? You will find out all you need to after reading my unbiased Elite Test 360 review.

If you are a male that works out hard in the gym, you know that every ounce of muscle you gain is precious. Anything that claims to help you gain muscle is a welcome addition, and something Elite Test 360 believes it can do for you.

In addition to this, Elite Test 360 may be used by men who wish to increase their testosterone levels, owing to natural decreases that occur as they age. But while it claims to be of great benefit to men that fall in these categories, is that really the case?

Arguably, the most important factor in determining the efficacy of a testosterone booster is its ingredient profile. There are supplements that contain a wide range of ingredients with proven science behind them, while those that lack such contents are usually subpar, or fail to deliver any effects whatsoever. The ingredient list should be clearly stated, as well as the amount of each present.

Products that contain proprietary blends are notorious for having a bad reputation, as they are then not required to disclose how much of each can be found per serving of the supplement.

Another very important factor to consider when choosing a testosterone booster?

Feedback from persons who have actually used it. Fake reviews are a dime a dozen, and most supplement brands are guilty of this to an extent. However, products found on large shopping portals are for the most part accurate, and what you should seek out before purchasing anything.

Those with great customer feedback offer a good indication that you are likely to benefit, while those with lots of negative reviews are ones you should pass on.

What Exactly Is Elite Test 360?

Elite Test 360 credits itself as being an all-natural testosterone boosting supplement that can help you in your pursuit of athletic gains, by improving work capacity in the gym and accelerating your results. Among its claimed benefits are:

In addition to these claims, it is likely to modestly improve erection quality in men who suffer from diminished natural blood flow to the penis.

The Cons list of Elite Test 360 is surprisingly long, compared to the CURRENT list of pros. In the past, there were definitely more PROS, but to make this review relevant to now, the current needs consideration-

The ingredient list and amount of each contained within is clearly states on Elite Test 360’s label, which is great in the sense of transparency, though the actual ingredients are a different story. Regardless, it also clearly advises that the daily dose is two capsules taken in the morning, meaning that a bottle lasts 30 days.

Elite Test 360 consists of two primary ingredients, one of which claims to be responsible for increasing your testosterone levels.

For one, most of the studies proving that Tribulus Terrestris helps to increase testosterone levels have been conducted on animals, and sometimes given intravenously. Medications that are given intravenously as injections have a greater likelihood of eliciting expected outcomes since the liver is not able to break it down significantly before entering the blood.

Supplements given by mouth all pass through the liver, and after that, usually, only a fraction of the original supplement remains unchanged.

However, studies conducted on humans do show very modest results, and for that to happen certain stars need to line up. Firstly, Tribulus Terrestris shows no real effect in improving testosterone levels in young men, meaning that if you are under the age of 30 you are unlikely to benefit from it [1].

Secondly, the one time it actually showed promise in humans, it was using an extract that contained some 10% protodioscin [2]. Most commercially available Tribulus Terrestris supplements contain little to no amount of this key ingredient, so they can be considered nothing more than just an expensive waste of time.

It may help with management of erectile dysfunction as a consolation prize, but once again, depends on the presence of protodioscin [3].

This is just a glorified version of L-arginine, which touts slightly improved absorption and conversion to nitric oxide. While this is a fair ingredient, in terms of testosterone elevation it really does nothing. Sure, it may help to improve blood flow and strength output [4] while working out, but it will not increase your rate of muscle protein synthesis significantly, at least not at such a low dose.

Most pre-workout products that include arginine in the formulation use amounts ranging from 5 g upwards, as this is the amount necessary for significant blood flow improvements.

In addition, while arginine is good for overall health, you can save yourself a tidy sum by just purchasing the modified amino acid by itself.

Elite Test 360, based on feedback from users seems to work best in men aged 30-40, who may have lower levels of testosterone than very young men, but not extremely low. As the age changes to other groups, the efficacy appears to go down, with low satisfaction in these groups of men.

There are plenty of other reviews regarding elite test 360 around the web, with a large proportion of them being negative. Many people bitterly complain of the exorbitant cost of a one month’s supply of the supplement, which costs approximately $89.

In addition to this, many of the positive testimonials found on the Internet consists of very incoherent and jumbled lines of text that appear to have been generated by an automatic language translator. Other notable reviews about the product mention it having unbearable side effects, though this is unlikely since it is so low dosed in the first place.

Last but certainly not least is the mention of the trap the manufacturer places you in when you first decide to try the product. In particular, the product advertises a bold free bottle of the supplement, at only a shipping surcharge of $4.95.

However, what the manufacturer does not reveal; at least not visibly on their website is the fact that after a 14 days trial, your credit card will be charged for the full sum. This has understandably resulted in significant anger by those who purchased the product after deciding to give it a try, only to realize they were displeased with it and wish to cancel.

Customer support was described as generally difficult to get a hold of, with the cancellation of your subscription even more difficult. In order to cancel your seemingly everlasting subscription, one needed to contact their support by phone and return the remaining pills in the bottle within the 14 day trial period.

While side effects from using any supplement is a possibility, when it comes to elite test 360, based on its ingredient profile the most likely complaint is likely to be a headache. This is common in men who have never consumed a supplement containing arginine, as it is a pretty normal occurrence.

Side effects related to Tribulus Terrestris may include acne, worsening of male pattern baldness, and prostate enlargement in susceptible men. However, given the extremely low dose of Tribulus Terrestris once more, and it being unlikely that they offered you high-quality extract, you likely won’t experience adverse effects from it.

By far, after I considered ingredient analysis and the feedback from persons who have used the product, I can conclude that it is unlikely to deliver what it promises. Added to this is the fact that the manufacturer strongly advocates stacking of the Elite Test 360 with another product sold by them with the name Ripped Muscle X.

In fairness, this other product seems much more promising than Elite Test 360, but one should not be forced to consume the second supplement to compensate for the first being sub-par.

Last but not least, is the serious issue of fake marketing. There were instances that I found of the product being promoted on fake websites resembling established ones, such as ESPN. What this does is prove to the reader that the supplement has a credible base, when in reality the entire website is spoofed and not endorsed by the official body.

Where To Buy Elite Test 360

Currently, it seems impossible to get your hands on some Elite Test 360. This is due to the fact that the official website has totally disappeared, and other websites that promoted it and directed to its shopping cart are no longer active.

While the product page remains active on Amazon.com, it is currently unavailable and stated that they do not know if and when it will ever be back in stock. This is actually a good thing as if exorbitant price and relative uselessness won’t be missed on the market and will make identifying real products easier. 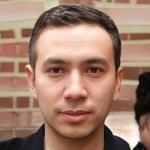