Are you wondering which of these supplements is more effective? If they genuinely accomplish what they say they do?

It’s possible that you don’t know the exact effect of taking HGH dietary supplements; for that reason, we summarize both products’ benefits.

Letting you know of the ingredients that they use and the effects on your health, we want to make you understand which of them is the most trustworthy. 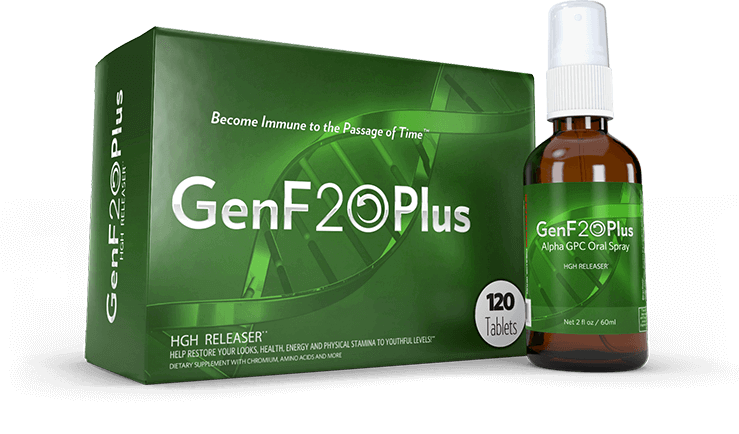 If you are looking for an HGH dietary supplement that is cheap and has healthy and nutritional components, we recommend buying GenF20 Plus. This product is completely transparent in regard to the ingredient’s features and the amount they use.

Both HGH dietary supplements claimed that they have many benefits to your health, but their studies showed that the results don’t guarantee it for either of them.

The only kind of product that quickly gives the result that these dietary supplements claim to do is the costly Synthetic HGH injection. The only way to get these injections is to get a doctor to prescribe them to you.

On the other end, the SeroVital is considerably more expensive, but between the two products, it’s the one that has a chance of working in the long run. Unfortunately, this supplement company doesn’t provide the exact quantity of the ingredients that it uses.

There are a few ingredients in common between both supplements. The most glaring difference between them is that SeroVital doesn’t specify the amount of each component. In that aspect, GenF20 Plus is the most transparent of the two.

Some of the ingredients are more impactful on your health than others. For that reason, we are only explaining the ones that have proven benefits.

As both supplements share some of their ingredients, we are only expanding on their effectiveness the first time we mention them in the list.

Looking at both lists, the supplement that contains more beneficial ingredients is GenF20 Plus. Although not many are related to growth hormone release, they are still helpful to your overall health.

The GenF20 Plus supplement studies show that prolonged usage of the product resulted in a minor increase of IGF-1 levels, a measurement marker of HGH levels. Although it failed to show positive results on the subjects, there is still a slight possibility of an effect on the quality of life for the people that take this supplement for a long time.

It’s also necessary to point out that the studies use the GenF20 Plus “System,” which not only includes the enteric-coated tablets, it has an oral spray with some coinciding components to the dietary supplement. The most relevant of these ingredients is the alpha glycerylphosphorylcholine (GPC), a chemical that improves memory and learning functions.

On the other hand, a SeroVital study case showed that the HGH levels of the subjects who were given the amino acid supplement increased to 682%. However, the researchers did not study the particular effects of the HGH increase on the subjects, so how it affects your health isn’t known.

Going purely by the results of both studies, the supplement that is more likely to show an effect, in the long run, is SeroVital. The results for GenF20 Plus were inconclusive due to the short testing time that they employed.

Potential Side Effects of the Supplements

Due to the nature of these supplements, there are no known side effects in both cases. The only way that these products can negatively affect your health is in the case of an unknown reaction due to your health, allergies, or medical history.

Considering that, if you want to take the safest supplement possible, the best pick would be GenF20 Plus, for the fact that the study showed no significant change over 12 months.

Although SeroVital did show a quantifiable result, the study didn’t expand on how this increase affects the subjects, so the HGH increase’s full effects aren’t known.

Another fact is that this supplement doesn’t show the individual amounts per ingredient, which can be a dubious aspect for some people. Regardless, the components that it uses aren’t dangerous, so it shouldn’t be too worrying.

What Do the Customers Think of the Products?

For both supplements, the customers had positive comments and felt that their quality of life improved a couple of months after they started taking them.

In the case of SeroVital, the most prominent effect that the supplement had was that it made people sleep better. Everyone who took SeroVital shared similar comments. Some people also said that they had more energy and mental sharpness after taking the supplements for a couple of months.

They also felt that their skin condition started changing for the better, and many people said that their nails stopped being brittle and started growing.

The people who took GenF20 Plus also claimed to feel much better after consuming the product for a couple of months. Overall, people said that they felt much healthier and that they had more energy. They also said that they started getting a better night’s sleep and showed an improvement in their skin tone.

One of the most remarkable things that multiple people taking GenF20 said was that it improved their sex drive considerably and claimed that they felt and looked much younger.

For SeroVital, the supplement is manufactured for SanMedica International in Salt Lake City and has been in circulation since 2012.

It doesn’t require premarket approval from the FDA because it is considered a dietary supplement, but it still complies with every applicable FDA regulation. You don’t need a doctor to prescribe it if you want to buy it.

The case of GenF20 Plus is mostly the same. It’s manufactured for Leading Edge Health Inc, a Canadian based company, since 2012.

Because the product is marketed in the United States, it complies with the FDA regulations. Like SeroVital, it doesn’t need premarket approval to sell it as it is a dietary supplement, and you don’t need a prescription to buy it.

Price and Value for Money?

Between GenF20 Plus and SeroVital, the more favorable offers come from the former, if you don’t include the oral spray that they offer on purchase.

One month’s supply of GenF20 Plus costs about $70, but you have the option to pay for multiple months up to six, and the more you buy, the better the deal you get. When you’re purchasing the six-month package, every box ends up costing a little under $60.

The only deal that SeroVital gives you is a $10 reduction on a month’s supply that costs $99 if you subscribe to their newsletter. They don’t have deals for buying multiple packages. Purchasing the one-month supply for GenF20 Plus is still up to $19 cheaper.

With the GenF20 Oral Spray, you get a slightly worse deal when you only buy a month’s supply, but you still save more money if you buy two or more.

If you’re looking to save money on supplements, the best option is to buy a package deal of GenF20 Plus.

How Do the Products Stand out from Each Other?

The easy answer is that they don’t stand out too much from each other. Having said that, there still are a couple of differences between them.

Pros and Cons of Each Product

GenF20 Plus vs. SeroVital: The Winner

Both dietary supplements have their good points and their wrong sides, but from our point of view, the better product overall is the GenF20 Plus. Depending on your perspective, there may be some situations in which the SeroVital is the better product, so let’s tally up both supplement’s benefits on a case-by-case basis.

If you are looking for an HGH dietary supplement that is cheap and has healthy and nutritional components, we recommend buying GenF20 Plus. This product is completely transparent in regard to the ingredient’s features and the amount they use.