Ginseng is often referred to as the “King of Herbs” for its medicinal value. It is perhaps the oldest form of herbal remedy in human history.

Ginseng has been used in ancient medicine for enhancing libido, increased energy and as a remedy for numerous health conditions. In ancient times, Ginseng was considered a cure-all and even the kings swore by its libido enhancing and disease-fighting properties. Today, Ginseng is used in numerous testosterone boosting supplements. So, let us check out if it works as a testosterone booster.

Ginseng can be effective in increasing testosterone levels, used alongside other supplements. It’s not one of my ‘must have’ ingredients but is definitely useful. 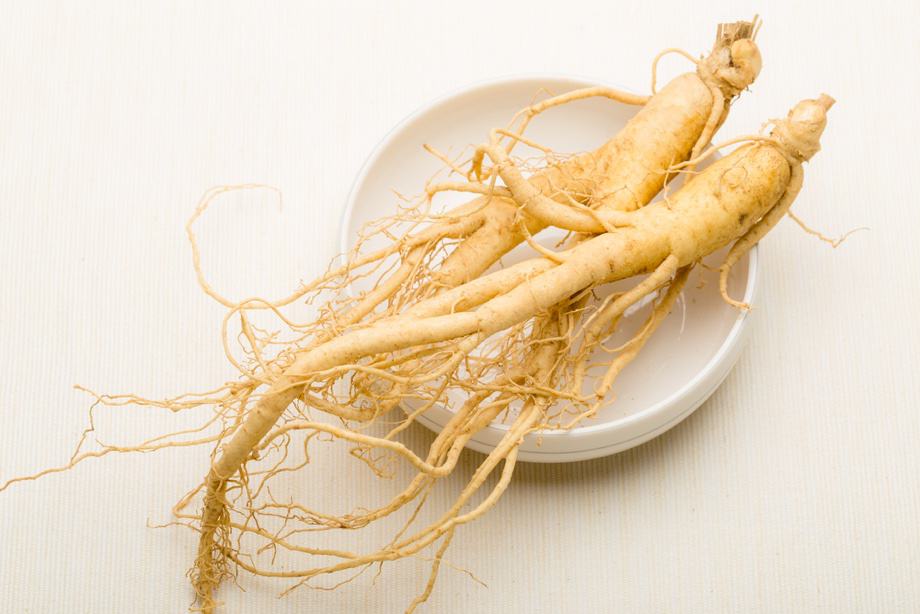 Before we move on, it is important to know that there are different varieties of Ginseng. However, the most notable of them are the Siberian Ginseng and Korean Red Ginseng. We will talk about each of them separately, and see if there is enough scientific evidence to prove their testosterone properties.

It helps the body adapt to stress better by:

Some animal studies have shown that Ginseng reduces Prolactin, which is a testosterone killing hormone. While it may not necessarily increase testosterone levels, it does help achieve normal levels.

It has also been shown that Ginseng inhibits five alpha reductase enzymes that convert testosterone into DHT.

The Difference between Korean Red (Panax) and Siberian Ginseng

Also known as Panax ginseng, Korean Red ginseng is native to Russia and East Asia. Siberian ginseng is also native to the same region as Korean ginseng, however, it belongs to the Eleutherococcus family rather than the Panax family.

The root extract of Eleutherococcus senticosus used as Siberian ginseng is chemically distinct from American (Panax quinquefolius) and Asian (Panax ginseng) ginseng. Siberian ginseng has been used in traditional Chinese medicine to treat a number of autoimmune disorders like diabetes. It is also used to enhance natural immunity to combat routine illness and infections, improving physical performance and general well being.

The majority of bioefficacy studies on Siberian ginseng are on animal systems like rats and rabbits. The positive effect of the ethanolic extract has been observed in animal models and human clinical studies involving oligospermic males. The in-vitro studies and human clinical study findings also suggest that this extract helps in maintaining the hormonal values within the physiological limits. In addition to improving the performance in physically active athletes, Ginseng can also help in improving the action of a few drugs as it inhibits enzymes that metabolize the drugs within the body and negate their effect.

Korean Red Ginseng contains multiple groups of saponins and ginsenosides in larger proportion than in other types of ginseng. It is also the most studied of all Ginseng species. Here is a summary of some of the studies conducted to establish the efficacy of Korean Red Ginseng as a testosterone booster.

In one study, adult male rats were treated with 1percent and 5 percent Panax Ginseng in their diet for 60 days, and a control group was also used. The goal was to investigate the effect of Ginseng on testosterone levels and prostate health. Researchers found:

Study: This human clinical study involving 66 young oligospermic patients was initiated to record the effect of Panax Ginseng extract on sperm morphology and count. At the end of the treatment, levels of reproductive hormones like the luteinizing hormone, testosterone, follicle stimulating hormone and prolactin were quantified.

The root of the plant Siberian Ginseng is used to make supplements. It is known to possess the ability to increase general resistance to stressors and strengthen the body. It is also used to treat conditions of the heart and blood such as low and high blood pressure, rheumatic heart disease and hardening of arteries.

Siberian ginseng is also used in the treatment of diabetes, tuberculosis, chronic bronchitis and many other illnesses. It is known to affect fertility and testosterone levels as well. Here is a summary of studies conducted on the effectiveness of Siberian ginseng as a testosterone booster.

This study involved male endurance athletes engaged in their normal training. Each participant was given an 8ml/day ethanolic extract containing either Eleutherococcus senticosus (ES) or Panax ginseng (PG) equivalent to 4 gram and 2 gram of dried root, or placebo. The participants were tested for cortisol, testosterone, and testosterone to cortisol ratio (TCR) as well as other markers such as total T-cells, T-suppressor cells (CD8), T-helper cells (CD4) before and after six weeks of supplementation. It was found that:

The study was aimed at investigating the physiological responses to supplementation with Siberian GInseng in endurance cyclists. It included 9 highly trained athletes in the age group of 26-30 years. They cycled for 120 minutes followed by a simulated 10 km time trial. Their diet was controlled and 1200 mg/day Siberian Ginseng was administered 7 days before each trial. Researchers found:

Siberian Ginseng does not improve the endurance performance.

Study: Authors have taken up an exhaustive review of all reported studies on the positive influence of Siberian Ginseng extract on endurance performance.

Results: Three studies reported that Siberian Ginseng extract significantly improved cardiorespiratory fitness and fat metabolism which ultimately enhances endurance performance. However, the authors found severe technical flaws in the experimental designs of these studies and the conclusions of these studies might hence be erroneous. Five reports showed that 1000-1200 mg Siberian extract administered daily for one to six weeks did not improve any of the above parameters. These studies followed a very rigorous experimental design, and the results did not show any positive effect on endurance performance.

Conclusion: Siberian Ginseng extract did not have any significant positive impact on cardio-respiratory fitness, fat metabolism and performance endurance.

Siberian Ginseng can enhance the toxicity of drugs.

Study: An in-vitro study was conducted to understand the effect of Siberian Ginseng active ingredients on microsomes from the liver cells of rats. Microsomes are generally used to study the effects on enzymes related to important physiological functions like respiration. Microsomes were incubated with drugs like tolbutamide, testosterone and Siberian Ginseng active ingredients (Eleutheroside B and Eleutheroside E). Post incubation the metabolized products were detected using a specialized separation technique called high-performance liquid chromatography (HPLC).

Result: The active ingredients found in Siberian Ginseng inhibit the activity of specific enzymes that are responsible for metabolizing the drugs.

Conclusion: Siberian Ginseng inhibits the enzymes that cause the degradation of drugs in the cells. In the presence of Ginseng extract, the toxicity/efficacy of drugs may be improved.

Potential Side Effects of Ginseng

Ginseng has a good safety profile. However, you should not use Ginseng if you are pregnant or breastfeeding. Though the effects of Ginseng on breast milk are still unknown, it is better to be safe.

Do not take Ginseng if you are suffering from a hormone-sensitive condition, bleeding condition or an autoimmune disease. Many people report insomnia after consuming Ginseng. It should not be consumed if you are already on some drugs or medications.

Some other side effects of Ginseng include:

These side effects are rare and are often associated with Korean Red Ginseng.

Korean Red Ginseng does show some promise as a testosterone booster. It can increase testosterone levels, particularly in men with fertility issues.

Scientific studies have failed to provide conclusive evidence in support of Siberian Ginseng’s efficacy as a testosterone booster.

Traditional Chinese medicine has explored the health and testosterone enhancing benefits of Ginseng for centuries. It is also very safe, meaning Korean Red Ginseng supplements can be used for testosterone support and other health benefits without side effects.

Why put your trust in EvenaMed? We tirelessly research our articles to help you make smarter health decisions. Our team of experts uses the products that are recommended across this site with the goal of providing accurate and helpful reviews. Our focus will always be on you -- we’re dedicated to turning your health aspirations into reality. Read more about our team.