Mucuna Pruriens is a bean-like climbing herb belonging to the Fabaceae family that can grow up to 15 meters in length. This plant is found in India and other tropical and sub-tropical climates.

This tropical legume is also known as cowage, cowitch, and velvet bean. Concerning macronutrient profile, one-third of the bean is protein and is similar to lima bean and soya bean.
Mucuna Pruriens has been used since centuries for its health and sexual benefits. It is known to improve sexual performance and testicle size. 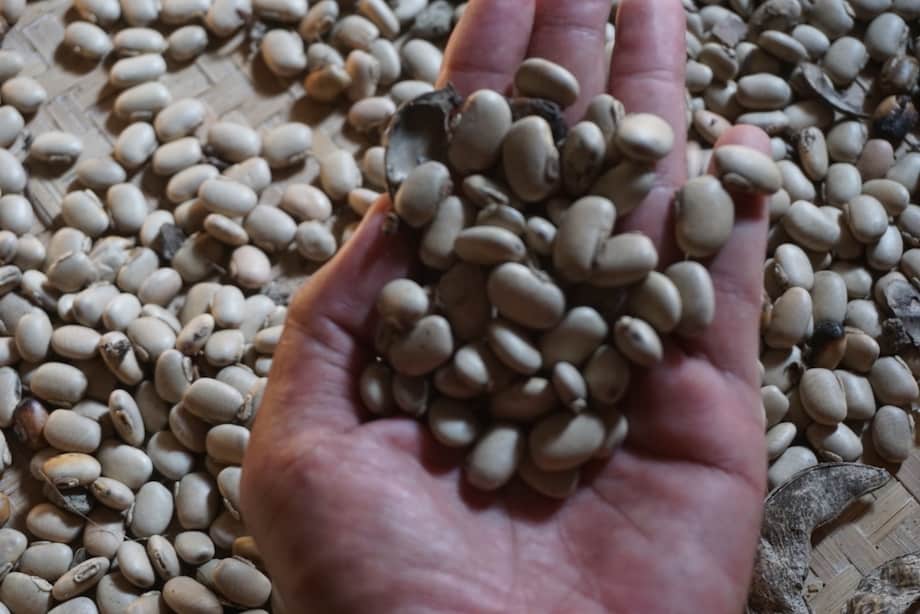 Several animal and human trials have been conducted to understand the effect of Mucuna Pruriens supplementation on testosterone levels. Most of the studies have shown a positive correlation. Here is a summary of some of these studies.

In this study, researchers administered high doses of L-DOPA in 0.5% carboxymethyl cellulose to male rats.

Stress levels were measured through both a questionnaire and tracking serum cortisol levels. Another group of 60 healthy and fertile men was used as the control group. Infertile participants were administered with 5 gm/day M. pruriens seed powder for three months. Semen parameters were measured before and after the study period.

Study: Mucuna pruriens improves male fertility by its action on the hypothalamus-pituitary-gonadal axis

The study included 75 males undergoing infertility screening and 75 healthy males. Their serum testosterone and Luteinizing Hormone levels, as well as seminal plasma and blood levels of adrenaline, noradrenaline and dopamine were measured before and after the treatment.

How does Mucuna Pruriens work?

Mucuna Pruriens bean is the most abundant known source of levodopa or L-DOPA, which is a precursor to the brain hormone/neurotransmitter dopamine. Several trials have shown that administration of L-DOPA will convert into active dopamine.

Other Health benefits of Mucuna Pruriens

Mucuna Pruriens is extensively used in supplement form for the wide variety of health benefits it offers. These include:

On the medical front, Mucuna Pruriens extracts have been shown to possess aphrodisiac, antidiabetic, antimicrobial, antiepileptic, anti-venom, antihelminthic, antiviral, anti-carcinogenic, anti-inflammatory, analgesic, neuroprotective, and anti-neoplastic properties. This is according to an article appearing in the Journal of traditional and Complimentary Medicine.

Mucuna Pruriens seed aqueous extract (MPE) offers protection against the toxic effects of snakebite venom. Surprisingly, a study published by the National Institutes of Health (BIH) found that Mucuna offers both short (24 hours) and long-term (one-month) protection against snakebite venom. This is because MPE contains a multiform glycoprotein that stimulates the production of antibodies, which bind to specific venom proteins making them ineffective.

According to a study published in the Journal of Neurology, Neurosurgery & Psychiatry, Mucuna Pruriens contains L-dopa, a compound that is effective in the management of Parkinson’s disease. Results from this study show that the L-dopa found in Mucuna seed powder formulation is more effective in the long-term management of Parkinson’s disease than conventional L-dopa alternatives.

The hydro-alcoholic extracts of MPE have potent anti-depressant properties. This is according to a study published by AYU (An International Quarterly Journal of Research in Ayurveda). Researchers involved in this study found that MPE alkaloids, amino acids and carbohydrates have dopaminergic properties that reduce acute and chronic depression symptoms substantially.

A clinical study published in the journal Fitoterapia found that the aqueous extract of Mucuna pruriens seeds has effective anti-diabetic properties. To be specific, MPE lowered blood glucose levels from 127.5 ± 3.2 to 75.6 ± 4.8 mg% two hours after oral administration. In diabetic study subjects, administration of MPE daily for 21 days caused blood glucose levels to fall from 240.5 ± 7.2 to 90.6 ± 5.6 mg%.

Mucuna produces substantial amounts of phenolic antioxidants including polyphenols, flavonoids, and phenolic acids that bind onto free radicals such as lipid peroxyl, peroxide and hydroperoxide.

A study published in the Journal of Traditional and Complementary Medicine states that it produces compounds that are effective in treating skin diseases including dermatitis, eczema, and psoriasis.

Potential Side Effects of Mucuna pruriens

Some side effects associated with Mucuna pruriens include bloating, nausea and vomiting. In rare cases, it can also cause a headache, confusion and even hallucinations. However, supplement forms of Mucuna pruriens are safe with few reported side effects.

Supplements are typically available as seed extract with a certain percentage of L-DOPA in capsule form.

Mucuna Pruriens dosage typically varies depending on the desired goal. In the management of Parkinson’s disease, for example, data from the study published in the Journal of Neurology, Neurosurgery & Psychiatry shows that 30g of Mucuna is the optimal dose. To treat diabetes, the right dose is 200mg of Mucuna per kg of body weight, whereas a dose of 100-200mg per kg of body weight works well for people diagnosed with depression. Finally, a higher Mucuna dose ranging from 500 to 1,000mg per kg of bodyweight increases testosterone levels, thereby treating male infertility.

There is sufficient scientific evidence to prove that Mucuna pruriens is an effective testosterone booster. It is particularly beneficial for men with fertility problems. As with any supplement, it should be stacked with other supplements such as D-aspartic acid, magnesium, vitamin D and zinc for maximum impact. Dosage levels should be around 300 – 500mg should do the trick.