In this article we are going to compare two testosterone boosting supplements, Testogen and Andro400. Which one works best? Let’s find out.

Andro 400 vs TestoGen Comparison at a Glance

We compared Testogen and Andro400 by looking at the following factors. 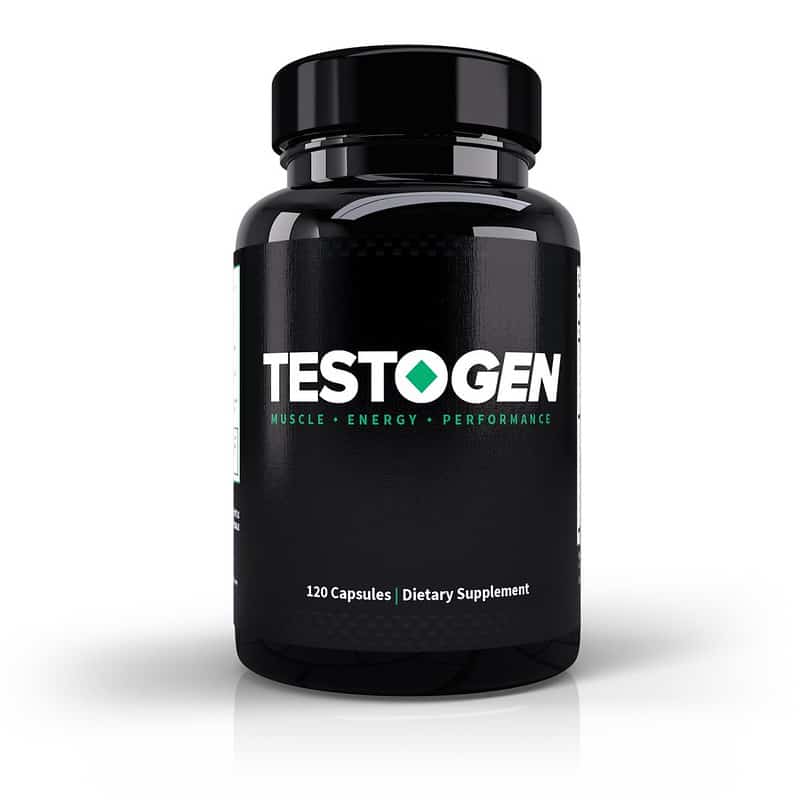 Testogen is wholly comprised of natural ingredients such as:

D-Aspartic acid is an amino acid naturally found in both humans and animals. A high concentration of this acid can be found in the testes which encourages sperm production. Taking D-Aspartic acid has been clinically proven to increase testosterone levels, leading to enhanced sexual and athletic performance, increased libido, and muscle growth.

Zinc is needed for the function of our immune system and cell division. This essential mineral helps enzymes with digestion. A zinc deficiency can lead to low testosterone and energy levels. A study published in 2000, showed that men who took a magnesium and zinc supplement regularly had enhanced levels of free testosterone throughout their bodies.

While there is not much evidence to support the link between taking vitamin D3 and testosterone, we know that vitamin D3 aids bone health and encourages muscle growth.

One study showed that the administration of vitamin D3 to athletes between the ages of 18-45 significantly improved muscle strength.

This herb has many health benefits when taken regularly. One study showed a reduction in fat after taking fenugreek which is a factor of raised testosterone levels. Another saw an increase in libido for men between the ages of 25 and 52, which can help to maintain regular testosterone levels in the body.

Fenugreek can also help to lower blood sugar levels, inflammation and insomnia. All of which are an added bonus if you decide to invest in this product.

Andro400 is made up of a single ingredient called Eurycoma Longifolia, which is an extract from the Tongkat Ali tree commonly found in Southeast Asia.

While Andro400 has been proven to help with male sexual disorders, one study claimed that Eurycoma Longifolia had no effects on urinary testosterone.

Based on these ingredients, we found that there was more evidence to suggest the elements used in TestoGen are more beneficial than the one key ingredient used in Andro400, which seems to focus more on male fertility issues.

So along with boosting testosterone levels, enhancing athletic performance and increasing libido, Testogen seems to us like the better supplement.

Both Testogen and Andro400 are made with only natural ingredients, which predominantly have fewer side effects.

Side Effects of Testogen

Users of Testogen claim that the only side effects they have experienced have been extremely mild. These have included headaches, diarrhea, aggressiveness, and poor sleep patterns.

Testogen is not recommended for individuals with underlying health conditions as an increase in testosterone can prove fatal, especially when it comes to heart conditions.

This supplement has a target audience of males over the age of 35. It is not recommended for women, but with its long list of natural ingredients, Testogen is safe to use. Users should always read the label.

Side Effects of Andro400

Again, the side effects of Andro400 are minimal. Facial redness, mild nausea, and insomnia are common, but this all-natural herb has been used for hundreds of years, so it is fair to say it is a safe product (considering the recommended dose is not exceeded).

Users should be aware that this product is not a testosterone pill and encourages the production of this hormone naturally. Having too much testosterone in the body will naturally start converting to estrogen, which is ironic!

A side effect of both products can be irritability. This is due to the increase in testosterone levels and can be managed by lowering your dosage.

It is hard to say which product is better as research shows there are little to no side effects in both supplements.

However, we have decided that Testogen once again wins this battle based on the formula as it includes nothing but natural ingredients.

Andro400 also includes traces of rice flour and gelatin. Gelatin is known to cause bloating and heaviness within the stomach. This may contribute to the side effect of nausea seen in Andro400 users.

Overall, the comments were positive. The majority of users found that they had increased energy which enhanced performance levels at the gym. Users found they gained muscle while using the product, which also leads to fat loss.

Overall, the reviews for both are similar. The only negative points were either to do with the cost of the product or the shipping time, which sometimes cannot be helped.

Andro400 was launched in 2004 and is manufactured by a company named Natural Health Concepts located in Florida. While it is inspected by the FDA (Food and Drug Administration), it is not FDA approved as it is classed as a dietary product.

Andro400 says, “…you may need to alter your diet depending on your current eating habits.” It also states, “If you eliminate sodas and desserts and cut back on bread, carbs, and processed foods, you will not only lose weight much faster, Andro400 will work faster and more efficiently to increase your testosterone.”

Looking back at the rave reviews about weight loss kind of makes us think that maybe users were losing weight because of their reduced diets and not because of the supplement.

Testogen was formed by a company called MuscleClub Limited which is based in Nottingham, UK. The product was launched in 2014 and is FDA approved. It is aimed at males aged 35 or above and promotes increased levels of testosterone through natural ingredients.

Without a doubt, Testogen is once again our favorite choice. The supplement is FDA-approved which means the product you are buying has an official stamp of approval. Testogen also has a 100-day money-back guarantee, whereas Andro400 is 90 days.

Testogen capsules begin at $59.99 for a month’s supply. This includes 120 capsules which should be taken four times a day. Buyers also have the option to buy in bulk which is typically sold with hefty discounts and free gifts.

Other Testogen products such as the Testogen Booster can be purchased alongside the capsules as a ‘combo.’

One bottle of Andro400 contains 60 capsules and should be taken twice daily. This begins at the cost of $34.95, and discounts are offered when multiple products are purchased at the same time.

Looking at the price, we can see Andro400 is cheaper. However, it also has half the capsules of a Testogen product. Testogen still works out cheaper even though users must take four capsules a day (instead of two daily for Andro400). Testogen also offers a free gift!

To summarise, there are benefits to taking each supplement and both are safe and easy to use.

Testogen targets males over 40, which seems reasonable as we know testosterone levels begin to decrease around this age.

The use of natural ingredients in both products indicates mild side effects, if any, which is reassuring.

We found Testogen the better product based on the wide number of natural ingredients used and the benefits that have been proven throughout various studies.