Bodybuilding is an art, that is for sure!  It is not easy to bulk out your muscles and achieve that ripped look, but it can be done if you put in the effort and have the right metabolism.  One supplement that is often taken by bodybuilders is tribulus terrestris.  It is known for improving male health and also helping with cardiovascular function.  If you are looking for a way to boost your bodybuilding results, then tribulus terrestris may be something for you to consider.

What You Should Know About Tribulus Terrestris

Tribulus Terrestris goes by a variety of different names on the market, including:

Here are some of the benefits of Tribulus Terrestris for bodybuilding.

#1 – It is a Testosterone Booster 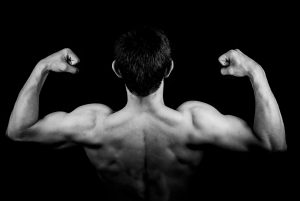 Tribulus is best known for its ability to increase testosterone. It was probably the first herbal supplement that was marketed as a testosterone booster. While many people swear by its testosterone boosting ability, there are others who call it a hyped-up herb. So, what’s the truth? What does the research say? Let’s have a look.

Testosterone is really one of the main hormones that comes into play when it comes to bodybuilding.  With that said, it also plays an important role in other bodily functions.  Low testosterone can lead to a plethora of health problems, so this supplement can actually be beneficial in more ways than one.  The good news is that this herb helps to boost your testosterone levels naturally because it is high in saponins.  These are phytochemicals that boost your body’s ability to naturally produce testosterone.

How does it work?

In theory, it seems plausible that the herb elevates LH, which sends signals to the testicles causing them to make testosterone, however, there is little evidence to support these claims. Here is a look at some published studies.

Research conducted on animals to study the efficacy of Tribulus as a testosterone booster has shown promising results.

The hormonal effects of Tribulus Terrestris and its role in the management of male erectile dysfunction–an evaluation using primates, rabbit and rat.

In this study, rabbits, primates and rats where administered 7.5-30 mg Tribulus extract per kg body weight for eight weeks. The blood samples were then analyzed for dihydrotestosterone, dehydroepiandrosterone sulfate and testosterone levels. The study showed:

The study was conducted on 18 sexually sluggish male rats. They were administered 50mg/kg and 100mg/kg body weight of Tribulus extract. Researchers then recorded sexual behaviour of these rats. They found:

In this 2007 study, 24 elite rugby players were divided into two groups. One was administered 450 mg of Tribulus, and the other was given a placebo. The players also followed a weightlifting regimen for five weeks. The results were:

Prospective Analysis on the Effect of Botanical Medicine (Tribulus terrestris) on Serum Testosterone Level and Semen Parameters in Males with Unexplained Infertility.

A more recent study, conducted in 2016 involved 30 men with unknown fertility issues. They were randomly administered 750 mg of Tribulus daily in three doses for three months or placebo. It was found that:

Apart from these two studies, two other human studies conducted in 2000 and 2001 also showed no changes in testosterone levels.

Conducted in 2016, this study involved 30 aging males with With Partial Androgen Deficiency (PADAM). The participants were given a 750 mg of tribulus divided into three equal doses of 250 mg throughout the day. It was observed that there was:

However, it is important to note that this study used no placebo group.

#2 – It Can Boost Your Muscle Mass

Bodybuilding is really all about building muscle mass, so the fact that tribulus terrestris helps to boost muscle mass is really important.  This is due to the testosterone production.  The more testosterone your body has, the more muscle mass you will be able to build. It also improves the blood flow to your muscles.  Your muscles need blood flow coming to them to keep them healthy and strong. Along with building muscle mass, it can also help your sore muscles to heal after training.  This means a faster recovery time, and that you can hit the gym sooner than you would be able to without it.

#3 – It Can Give You More Strength

One thing that all bodybuilders need a lot of is strength.  This is another benefit that is due to the testosterone production.  This is because your body needs testosterone for your muscles to work properly and perform adequately.  You will be able to build more power within your muscles, and therefore become stronger in the process.  Most people notice an increase in their strength and stamina levels within just a few days of being on the supplement.

#4 – It Can Improve Mental Focus

Working out with a lack of mental focus can leave you feeling drained.  Most bodybuilders know the importance of staying away from too much caffeine and other stimulants, so they look for a way to improve their mental focus without having to rely on these stimulants.  Some stimulants can keep you from getting adequate sleep at night, and that is never good when it comes to strength training and body building.  Instead, take tribulus terrestris to help with your mental clarity.  If taken about a half hour before your workout, then you may notice a drastic difference in how well you are able to stay focused.

While tribulus terrestris is not something that people take to lose drastic amounts of weight, it can help to burn more calories during your workout.  The results may only be slight, but for bodybuilders it can really make a whole of difference.  This is because your body has a higher level of energy, therefore boosting your metabolism.

To get the most out of taking this supplement, it is best that you take it directly before and after working out. On your off days, you will want to take a break from this supplement.  You only need to take it before or after workouts to help boost your stamina during your workout and to help aide in the healing of your muscles after a workout

While there are quite a few benefits of tribulus terrestris for bodybuilders, it can also be great for other people as well.  It can not only help with athletic performance, but is also effective when it comes to increasing libido for both men and women.  It can even help when you are trying to conceive, as it helps with the mobility of sperm and make it easier for them to get where they need to go.  It is a safe and natural supplement that has been shown to be safe even at the higher doses.